Thanks again to cousin Wayne, our superb pilot and videographer!

Everything You Need to Know About Modern Monetary Theory:

Why the Fed’s Rethinking Its Toolkit (It’s Broken)

…more points to ponder over the Memorial Day holiday.

The US Treasury Department’s update of its Treasury International Capital (TIC) report for October contained no surprises. In many ways, it was ironically uninteresting given the constant excitement that had happened during that particular month. It was, in a word, a mess for global markets. Liquidations struck throughout the world and more than a month later we are still struggling through the consequences.

A worldwide global liquidity pullback like that has led to “selling UST’s” by foreign central banks. Foreign systems require dollars no matter what (dollar short) and if the eurodollar system won’t make available a reasonable supply (dollar shortage) the options for any overseas system is either liquidation or support. Often some of both.

From November 9th to the 19th, Bride and I enjoyed a quick trip from Dallas to the Far East. The main purpose of the trip was to attend a wedding near Bangkok. We then added on a few side trips too. On the outbound leg of our trip we flew to the northwest out of DFW to Seoul, from there we caught a connecting flight to Bangkok, and finally on to Chiang Mai. During our ten day trip we spent time visiting Chiang Mai, Bangkok, Seoul (on the ground for just 9 hours), and then Vladivostok.

The route map below shows our expected flight path, leaving DFW at 10:50 am on Thursday November 8th, and arriving Seoul about 5 in the evening on Friday November 9th.

Our actual flight path took us farther north than originally presented, we ended up flying right over Barrow, Alaska (the northernmost city in the US), before turning west and crossing over the Bering Strait to the Chukotka peninsula in Russia.

Saturday November 10th. The Thai Airways Boeing 777 that carried us on the third and final leg of our outbound trip, from Bangkok to Chiang Mai. Photo (taken right after disembarking) shows the famous mountain named Doi Suthep that watches over Chiang Mai.

Enjoying lunch after a quick nap at the beautiful Chiang Mai Four Seasons on our first day on the ground in Thailand.

Morning tea on Sunday November 11th (Veterans’ Day). We had been up since just before 4am, and sat on the outdoor pavilion watching the sun rise and the birds chirp while we had our tea. Not bad for our first night.

Enjoying the Chiang Mai Sunday Market while keeping an eye on an ominous thundercloud.

Tuesday November 13th. Attending Katy and Tyler’s wedding in Sing Buri, about an hour and 45 minutes by car north of Bangkok. Ceremony started about 6:30 am, so we woke up at 3.45am and left our hotel at 4:30 am. We barely got to the venue in time for the start of the ceremony.

Quick drive by visit to the ancient Thai capital of Ayutthaya, founded in 1351 and located about 40 miles north of Bangkok, on the way to Sing Buri.

Sunrise seen from our room.

Cooling off at the hotel pool after a hot trip back from cooking class. Riverbus, walking, BTS from National Stadium station to Saphan Taksin then walk back to hotel with Korean couple from San Antonio.

At 7:30 pm we left our hotel for Bangkok’s main international airport to catch our 11:10 pm 5.5 hour red eye flight to Seoul.

Fri Nov 16th – Seoul – landed at 6:30 am after the red eye flight from Bangkok. It took us almost an hour to clear formalities as we hit immigration at the same time as hundreds of Filipino tourists on a massive group tour. Around 8:00 am we finally set off with our tour guide Thomas Kim for a quick tour of a couple of the main sights in Seoul and lunch. Seoul was cloudy and much cooler than tropical Bangkok. Temperatures were in the low 40s and trees around Seoul were in their final days of fall colors.

Per Wikipedia, Gyeongbokgung Palace or Gyeongbok Palace, was the main royal palace of the Joseon dynasty, built in 1395.

Thomas had us back at the Seoul airport just after 1 pm in order to safely catch our 4 pm flight on S7 Airlines to Vladivostok.

We ended our long day in Vladivostok, arriving about 7:00 pm after a two hour flight from Seoul (and a one hour time change).

Our guide from Explore Primorye, Sergei Abarok and his newly-acquired Mitsubishi Delica 4wd diesel van. In the parking lot of our hotel, the Lotte Vladivostok (South Korean hotel chain).

The first sight we visited was Vladivostok’s famous Tokarevskiy Lighthouse. Walking out the breakwater at low tide to the lighthouse we were able to enjoy the beautiful views of Russkiy Island to the south and the new bridges built in 2012 for the East Asia Economic Summit.

This Orthodox Christian cross has been placed on a hilltop overlooking the bay on a site originally intended for a giant statue of Lenin.

The modern post office, built in Soviet Modern style, along with stainless steel mural depicting famous scenes in the history of Vladivostok.

The Versailles Hotel. One time headquarters of Admiral Kolchak, Supreme Leader of the Whites, the anti-communist forces during the Russian Civil War of 1918-1922. Vladivostok was the last city to fall to the Reds (communists) in the Civil War, in 1922.

In front of the Russkiy Island Bridge, at old artillery batteries used as defensive ring around Vladivostok.

Enjoying some blinis with the teacher’s daughter after taking a home-made cooking class at the apartment belonging to a friend of our tour guide, Sergei.

At Ogonyok restaurant, getting ready for king crab for dinner.

Most of the vehicles in Vladivostok are right hand drive, even though Russia is a left hand drive country. It’s because the most economical auto market is the Japanese used car market, just a short ferry ride across the Sea of Japan away. New Russian regulations prohibit importing cars older than six years old, but used Japanese cars simply dominate the local market. Russian and Soviet cars were complete rarities.

Great view of Vladivostok, the Golden Horn, and Russkiy Island as we fly off on the S-7 Airlines Airbus A320 for the two-hour flight to Seoul for our connection to DFW.

Surprisingly, on our flight from Vladivostok to Seoul, we flew due south and then due west, giving North Korean airspace a wide berth on our route to South Korea. 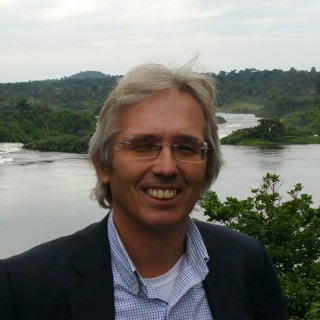 Small Steps Toward A Much Better World

News and views on economics, strategy, and markets

No place without spirit